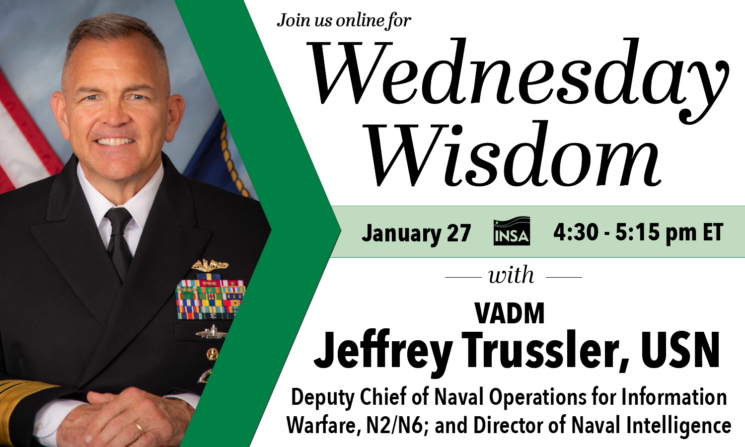 The moderated conversation will address the Navy’s plans for strengthening its cybersecurity posture—including the use of AI/ML, modernization efforts, and more—some of the greatest challenges to cybersecurity in the information age, and how the service has prioritized its three main lines of effort: modernize, innovate, and defend.

Vice Admiral Jeffrey Trussler was commissioned at the Officer Candidate School in Newport, Rhode Island in 1985. On shore, he has completed assignments with Submarine Force U.S. Pacific Fleet, U.S. Pacific Fleet, nuclear propulsion examining board, two tours at the Navy Personnel Command, the Joint Staff, and the Navy Staff. At sea, he served as a division officer on USS Honolulu, an engineer officer on USS Tennessee, and an executive officer on USS Columbus. He commanded USS Maryland and was the first commander of Task Force 69 for the U.S. 6th Fleet in Naples, Italy. He assumed duties as deputy chief of Naval Operations for Information Warfare and the 68th Director of Naval Intelligence in June 2020.

Advanced registration is required. Closed captioning will be available for this event.